Johnny Yong Bosch got his start fighting giant bugs as Adam Park, the Black Ranger, Green Zeo and Green Turbo Ranger on Mighty Morphin Power Rangers. It is a role that he would play for three and a half seasons on television, two motion pictures and two special guest appearances in future Power Rangers seasons. 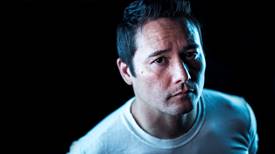 After Power Rangers, Johnny became very involved in the world of voice over.  His first major voice acting role was Vash the Stampede in Trigun.  He later went on to voice Kaneda in Akira, Renton in Eureka Seven, Albert in The Count of Monte Cristo, Kiba in Wolf’s Rain, Itsuki in The Melancholy of Haurhi Suzumiya, Ichigo Kurosaki in Bleach, Lelouch Lamperouge in Code Geass, Izaya in Durarara and Yukio in Blue Exorcist, Sasori in Naruto, Guren in Tenkai Knights, Nobita in Doraemon, Artemis in Sailor Moon, Nagate in the Netflix Original “Knights of Sidonia”, Makoto Tachibana in Free!, Nate in Yokai Watch, Orga in Mobile Suit Gundam Iron Blooded Orphans, Haruo in Hi Score Girl, Kai in Forest of Piano, Giyu in Demon Slayer and many more.

Johnny’s voice can also be heard in numerous video games. Providing voices Nero in Devil May Cry 4 and 5 (including motion capture), Kuhn in .hack//G.U., Adachi/Narukami in Persona 4, Almaz in Disgaea 3, Emil in Tales of Symphonia, Guy in Tales of the Abyss, Firion in Final Fantasy Dissidia, Bumblebee in Transformers: War for Cybertron, Yang in Street Fighter IV, Zero in Marvel VS Capcom 3. Yukimura in Sengoku Basara, Torian Cadera in Star Wars The Old Republic and Kung Jin in Mortal Kombat X.

Johnny’s also the former frontman for the band Eyeshine and current singer-song writer for the band Where Giants Fall.

You may know him as Po, the panda on the new Kung Fu Panda: The Paws of Destiny, Iron Man in Marvel Avengers Assemble: Black Panther’s Quest, or as Slappy, the deranged ventriloquist’s dummy in Goosebumps 2: Haunted Halloween, but these are just the tip of the iceberg for California native, Mick Wingert. 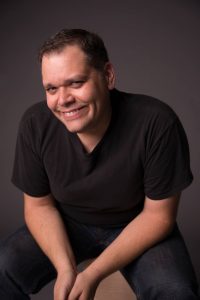 Originally hailing from the San Joaquin Valley, Mick has been a working voice actor since 2000 and has worked in television, film, stage, new media and live events.

Hello Everyone!! The AMV contest for Nekocon 2021 is now officially open!

Check out this page for more information.

Attention All Tom Cats, Kittens, and Everyone in between!

We at NekoCon appreciate your patience as things chug along to putting together a show that’s the Bees Knees! So why don’t you Charleston over to our website and fill out an application! If you submitted a panel for 2020, please resubmit using the link on our website. Thank you- we look forward to seeing your submissions!