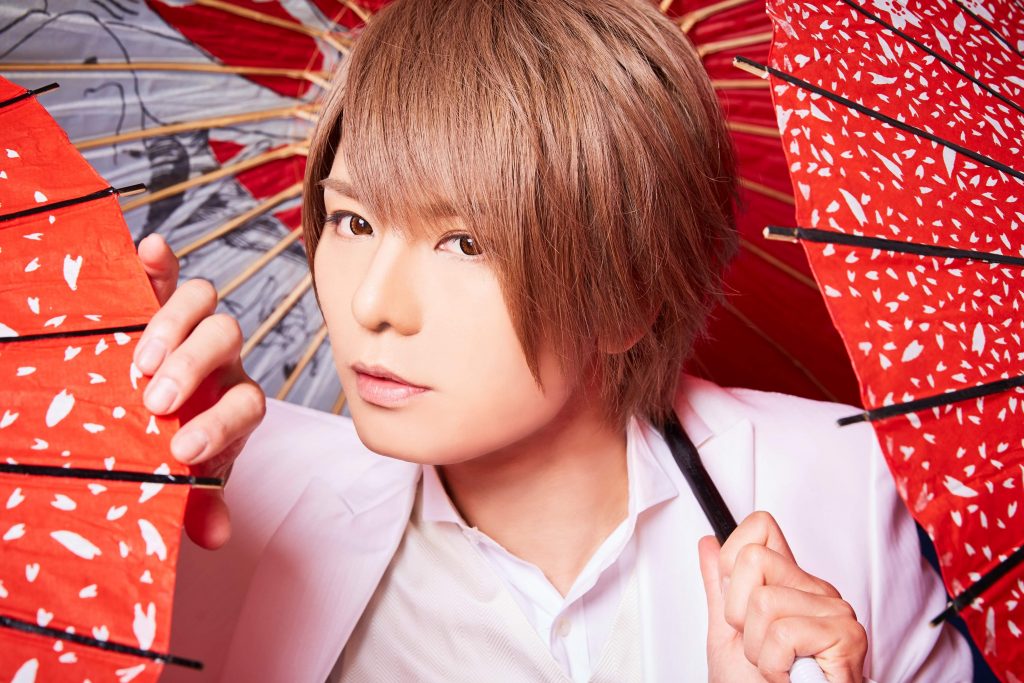 Kouki, frontman and vocalist of the visual kei band D=OUT which made a name for itself as an outlier in the genre by being the first visual kei band to play number one on the Oricon music chart with their single “Chuukyori Renai”, made his solo debut as a singer of Japanese ballads in 2015.

His solo artist name, Kouki Hanamizakura, was given to him by close, personal friend Shou Kiryuin from the band Golden Bomber.

On February 18th, 2015 his debut single “I love Tokyo” was released and placed number 3 on the weekly Oricon singles chart for ballads and ranked 29 overall for the Oricon chart.

On September 5th, 2018, after a three year lapse, he released his second single “Wasuregasa” which placed number 2 on the Oricon Singles weekly chart for ballads.