Skip to content
Charlie Schlatter is coming to Nekocon! 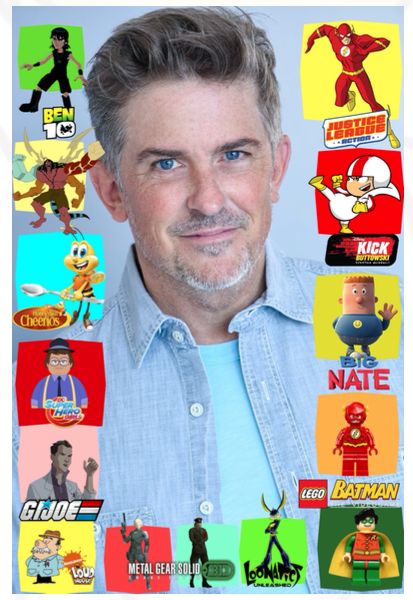 TV veteran CHARLIE SCHLATTER is best known for starring alongside Dick Van Dyke in the CBS hit series, DIAGNOSIS: MURDER. He also starred with Jennifer Aniston as the title role in NBC’S FERRIS BUELLER. He was recently praised for his performance as Dr. Dick on Showtime’s SHAMELESS, and is currently co-starring as anchorman Paul Michaels in the critically acclaimed FOR ALL MANKIND. On the big screen, he starred in 18 AGAIN! opposite George Burns. Also, Disney’s HEARTBREAK HOTEL, POLICE ACADEMY: Mission To Moscow to name a few.
Currently, he’s starring as the lovable Chad on Nickelodeon’s BIG NATE and as Sport on Apple Plus TV’s HARRIET THE SPY with Jane Lynch. At this moment, you can find him recording the lead role of Sidecar in the newly ordered Mattel series HOT WHEELS ULTIMATE RACERS!